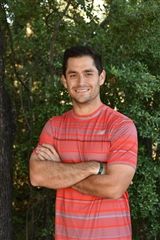 Born in Lima, Peru but grew up in Austin, TX where he was part of the SSTA class of 2012. Di Laura was able to reach top 5 in USTA Texas and Top 80 Nationally in every age group from 12s-18s. He went on to play for the Texas Tech Men’s tennis team where he played an integral role in helping the Red Raiders reach a program high of #6 in the team NCAA ranking (2016) and capturing the first ever Big XII title for the program. Di Laura was First Team All-Academic Big XII Di Laura in 2015-2017 and graduated as an ITA Scholar Athlete.

Di Laura was able to get 12 ATP points in doubles after reaching a final with fellow teammate, Jolan Cailleau in Belgium ITF 20k (2016).

After his collegiate playing career and graduating from Texas Tech (Rawls School of Business) with a degree in Business Management and Marketing, Di Laura became the Utah State Men’s Tennis Assistant coach where he helped capture a Mountain West Conference Title in 2018 (both regular season and tournament titles). In 2018, the Aggies reached a program high ranking of #35 in NCAA D1. Di Laura also found success in recruiting the highest recruiting class in program history, coming in at #40 in the country. While Di Laura coached at Utah State, the Aggies posted an impressive record of 38-17 in dual match play.
Back
Address: 6500 St. Stephen's Dr., Austin, TX 78746
Phone: (512) 327-1213